7 Things You Need To Know About Moving To Bentonville, Arkansas 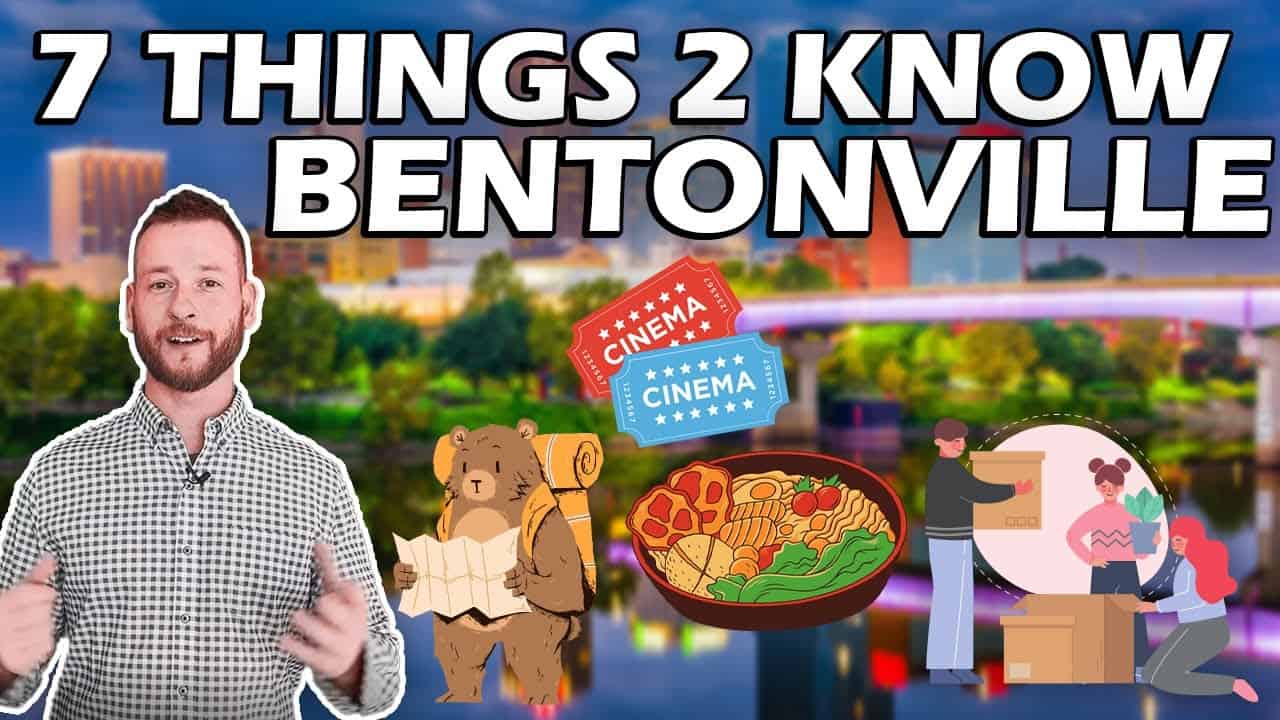 Have you been considering a move to Northwest Arkansas and you’re wondering what it’s like to live here? In this episode of Naturally NWA, I’m going to share 7 things you need to know about Bentonville before you decide to live here. We’ll look at everything from population growth to the arts so you can see if this city is right for you.

The first thing you need to know is that Bentonville is the home of Walmart. While I don’t have an exact statistic, I would guess that over 90% of the residents of Bentonville either work for Walmart’s home office or one of the 1,100 plus companies that support Walmart operations.

If you move to Bentonville, your neighbors and new friends are more than likely going to be connected to Walmart in some way. And if you’re moving here, there’s a good chance that you’re probably already in one of those groups anyway.

Bentonville is the fastest-growing city in Arkansas. Because of that, the traffic here is the worst of all of Northwest Arkansas. Since 2010, Bentonville’s population has increased by a whopping 77%. Add that to the fact that tens of thousands of people commute to Bentonville for work from other cities in Northwest Arkansas, and you get more cars than the roads were ever imagined for.

I’ll throw in a disclaimer here: that traffic is a relative thing. If you’re moving here from a larger metropolitan area, you’re probably not going to think that we have much traffic. You’ll likely think, ‘Oh my god, this is awesome! There’s no traffic here.’ But if you’re moving from a smaller town, you’re definitely going to notice the difference in the traffic.

The fourth thing you’ll need to know is that Bentonville is one of the most expensive cities to live in Northwest Arkansas, especially from a housing perspective. The average three-bedroom, two-bath 1,700 square foot house in Bentonville increased in value by over 20% from 2020 to 2021. The average sale in Bentonville is now around $275,000, which is up from about $230,000 just a year ago.

Bentonville is busting at the seams, and there aren’t many areas where new homes can be built within the Bentonville city limits. This means you’re likely to find yourself in multiple offer situations, as the demand to live in Bentonville is so high. This can also happen in any price range.

Coming in at number four, Bentonville was recently named the Mountain Biking Capital of the World. If you’re not from here, this will likely sound unbelievable to you. But Tom Walton, who is the grandson of Sam Walton, is an avid mountain biker and has contributed millions of dollars to developing the trail systems all over Northwest Arkansas.

Bentonville specifically is set up very much like a ski town, except for mountain biking instead. Just one block off of the historic Bentonville Square is the trailhead for the Slaughter Pen trail system, which offers a variety of challenges and lush forest surroundings. People are moving and visiting here just because of the exploding mountain bike scene in Bentonville.

Every year during the first week of May, more than 85,000 people attend the Bentonville Film Festival. Started by Actress Gina Davis, this festival supports the efforts of diversity in entertainment media. Each year, multiple celebrities are spotted around Northwest Arkansas during Film Festival week. It’s pretty cool.

The sixth thing you need to know is that Northwest Arkansas National Airport is located 12 miles southwest of the heart of Bentonville. However, this can get a little bit confusing when you’re booking flights to Northwest Arkansas; most of the booking websites will say that the airport is located in Fayetteville when it’s actually much closer to Bentonville. Just remember that the airport code is XNA.

In 2020, a new contemporary art venue called The Momentary opened in Bentonville. It has quickly become a favorite spot among Northwest Arkansas residents. The Momentary is a multidisciplinary space for visual and performing arts, culinary experiences, festivals, and more.

Naturally, there are plenty of other things to know about living in Bentonville that I didn’t cover. If you have any questions or would like additional information, please feel free to reach out to me and I’d be happy to connect with you.

Don’t forget to subscribe to my channel for more in-depth content about Bentonville and the other cities that make up this beautiful area. I can’t wait to show you more of our beautiful area on the next episode of Naturally NWA!