Moving From California To Arkansas? 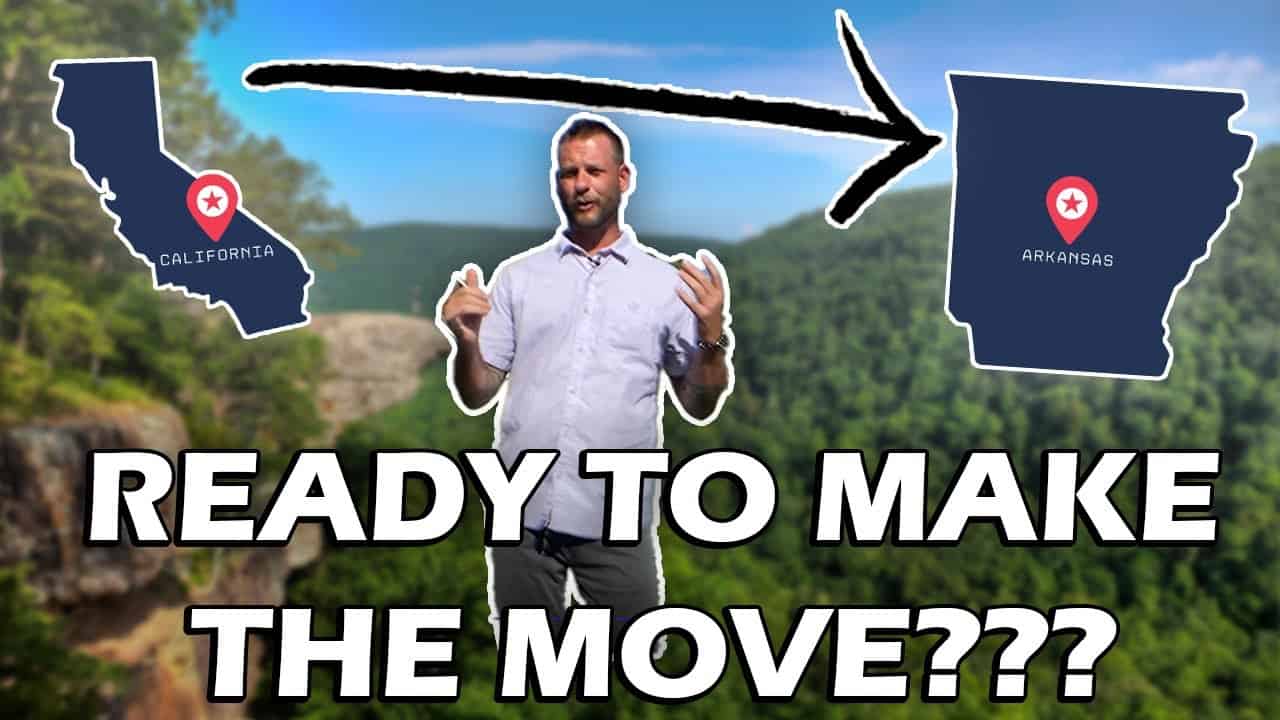 What would life be like if you were going to move to Northwest Arkansas from California? In this episode of Naturally NWA, we’re going to talk about the differences between living in Northwest Arkansas and California. We’ll take my friend Val to a few local hotspots to compare notes on the differences between the lifestyles in the Sunshine State versus here in the NWA.

Our first stop is Tusk & Trotter, one of the most popular local restaurants here in Bentonville. They’re known for their farm-to-table, High South cuisine. I chose a burger and Val had a chicken sandwich; this was delicious, right off the farm food.

In comparison to California food, Val mentions that there aren’t as many farm-to-table options. They do have a restaurant called Fable & Spirit, and another local favorite called Zov’s Bistro that has a variety of food. Tusk & Trotter, however, is a place where people in the NWA come out to meet their neighbors and just hang out.

As Val and I explored, it was a beautiful fall day here in Northwest Arkansas. There’s not much fall weather in California, so it’s a special treat for Val to enjoy. While the downtown area in Bentonville is smaller than other larger metropolitan cities, it’s surrounded by plenty of locally-owned bars and restaurants. Additionally, regular events are always happening in The Bentonville Square.

The Bentonville Square is a small gathering spot in the middle of downtown Bentonville, where activities throughout the year are always occurring. You’re likely to run into your neighbor down here at the Farmer’s Market in spring and summer on Saturday mornings. Val was shocked at the idea of actually seeing neighbors out and about, but it’s true. Knowing your neighbors is rare for Californians, and is another draw for locating to the NWA.

Another great part about Northwest Arkansas is the abundance of outdoor space to explore. We took a trip to the Slaughter Pen Trailhead, just one block away from The Bentonville Square. The trailhead leads to 130 miles of mountain biking trails, a great way to get outside and get some exercise.

In addition to mountain biking trails, the Razorback Greenway is a paved bike trail system that stretches from The Bentonville Square to The Fayetteville Square—a distance of about 25 miles. While there aren’t any beaches here in the NWA, there are beautiful seasons to enjoy and plenty of outdoor space to soak in nature.

The Cost Of Living And Real Estate

The house was built in 2001 and sits on a lot that’s a little bit over a quarter-acre. Additionally, it has an in-ground swimming pool. I asked Val to guess how much a house like this would sell for in California. In Orange County, she priced it at about $900,000—though in certain communities, that price could rocket to over $1 million. I shocked her with the Northwest Arkansas sticker price: $325,000. This is a clear example of why Californians are relocating to the NWA.

For many, selling their house in California and moving to one of Northwest Arkansas’ affordable houses will give them plenty of extra money. You could pay for an entire house and have money to retire. While they may have to give up beach living, there’s plenty you’ll receive in return.

While Val loves the sunshine, she also loves the seasons. If you’re thinking of retiring or moving to someplace with a better cost of living than California, this is your area. If you have any questions about relocation or NWA life, feel free to contact me and I’d be happy to help. And if you’re thinking of selling your home in California, make sure to contact Val so she can get you top dollar for your home sale.