Pros And Cons of Living in Rogers, Arkansas 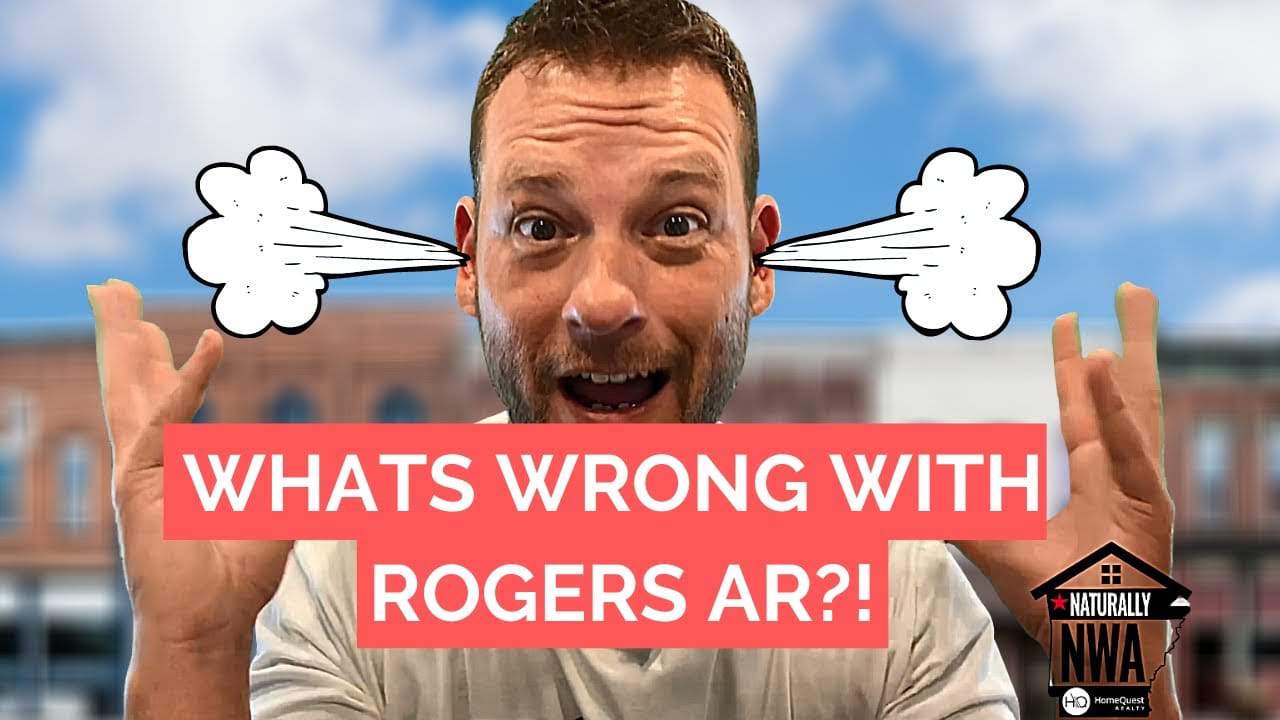 Are you thinking of moving to Rogers but wondering if it’s the right place for you? Well, on this video, I’m going to walk you through some of the pros and cons of living in Rogers, Arkansas. Whether you’re looking for an active, outdoor lifestyle or something more upscale, this city has it all.

The Pros Of Living In Rogers

Regardless of the type of lifestyle you want to live, there’s something for everyone here in Rogers. Of course, no community is without its cons, but we’ll talk about the pros first.

The first thing people love about living in Rogers is its variety of entertainment options. Whether you want to live an outdoorsy or more bougie lifestyle, you’ll find something for your tastes. On the east side of Rogers, you’ll find plenty of outdoor recreation like Beaver Lake, mountain biking and hiking trails, and a few amazing golf courses.

If you’re looking for a nice night out on the town, the west side of Rogers has a variety of options. In the Pinnacle Hills area, you can find the new Top Golf, the Arkansas Music Pavilion, the Pinnacle Hills Promenade, and many restaurants and bars.

The next thing that people love about living in Rogers is its central location in Northwest Arkansas. Many people who work in Bentonville choose to live in Rogers because of its short commute time, taking you just 10 to 15 minutes to get from most places between the two communities. You can also shoot down to Fayetteville to catch a Razorback game, arriving in about 20 or 30 minutes.

Another thing people love about living in Rogers is that it’s more affordable than living in Bentonville. The east side of Rogers contains mostly older homes that are reasonably priced and moderately sized, while the west side’s Pinnacle Hills area has plenty of newer and more upscale, larger homes.

In many ways, Rogers can feel like two different cities, depending on whether you’re on the east side or west. The average three-bed, two-bath, 1,700 square foot house in Rogers will cost you about $210,000.

A Variety Of Restaurants

The Cons Of Living In Rogers

Is there anything wrong with Rogers? The first con of living in Rogers is that no one who lives in Rogers thinks that there’s anything wrong with Rogers. Seriously. I polled a lot of locals, and there is not a single thing that was consistently mentioned by more than one or two people that they felt was a bad thing about this city. Any cons that I was able to come up with are fairly trivial, and I’ll probably catch some flack from some of the Rogers residents for listing them. Nevertheless, we’ll mention them anyways.

No Alcohol On Sundays

Another con about living in Rogers is that you cannot buy alcohol in Rogers on Sundays. The exception to that is being able to go to a bar or a restaurant and have a drink. However, if you wanted to go pick up a six-pack of a Natty Light, you wouldn’t be able to go to a grocery store or a gas station and pick up any beer, wine, or liquor on a Sunday. T

The only way to get beer outside of going to a bar or restaurant will be to head about 25 minutes North to the Missouri state line, where they do sell alcohol on Sundays. You could also head down to Springdale, which is another 20 or 30 minutes away if you need a Sunday drink fix.

Downtown Lags A Bit Behind

The last con of living in Rogers is that it seems to be the most spread out city in Northwest Arkansas. Going from the west side Pinnacle Hills area to Beaver Lake on the east side can take you about 35 minutes at times, depending on traffic. There isn’t any sort of bypass to go from one side of Rogers to the other, which means you end up getting stuck at a lot of traffic lights. Ain’t nobody got time for that.

I hope this information gives you some insight into whether or not Rogers would be a good place for you to live. As you can see, the pros far outweigh the cons. If you have any additional questions about Rogers, please reach out and ask. I’d be happy to lend you my expertise in all the areas in Northwest Arkansas!