Pros and Cons of Living in Springdale, Arkansas 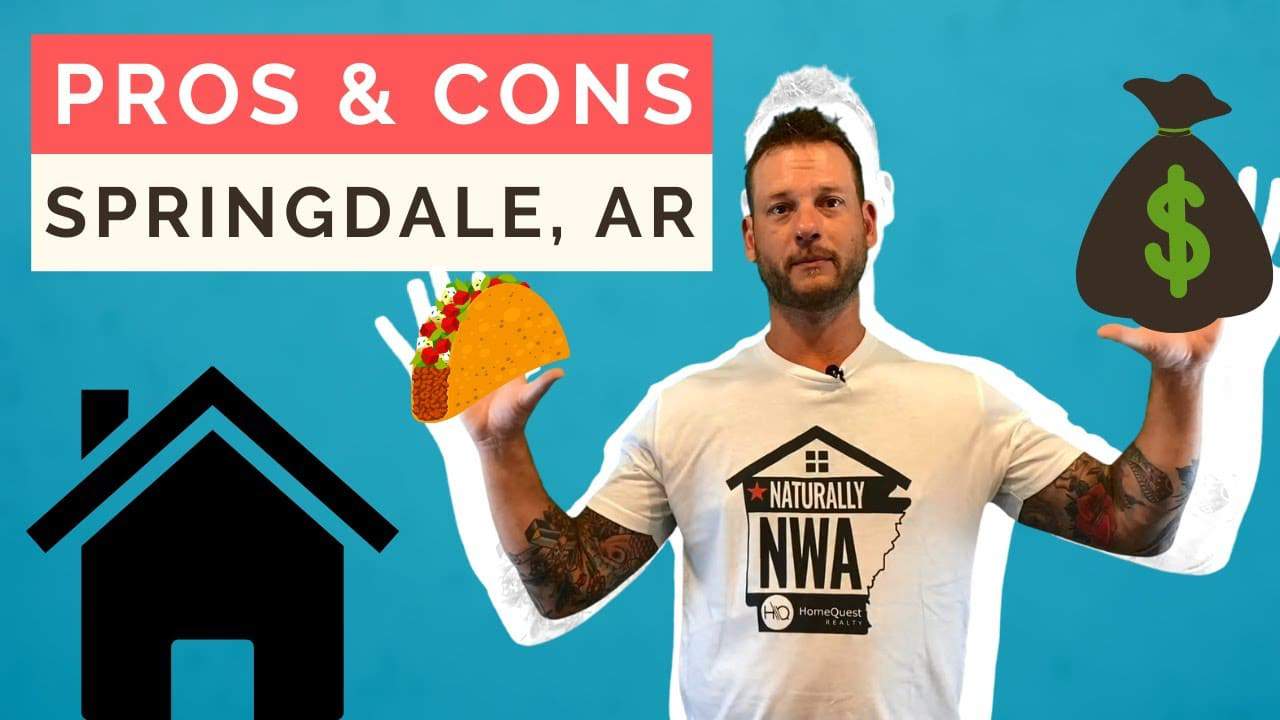 Are you thinking of moving to Springdale but are wondering if it would be the right place for you? In this video, I’m going to go through some of the pros and cons of living in Springdale so you can make the best choice when moving to and within Northwest Arkansas. We’ll discuss everything from cost and location to entertainment so you can understand everything about Springdale living.

The Pros Of Living In Springdale

The next thing people love about living in Springdale is that it’s centrally located in Northwest Arkansas. When you live in Springdale, you can get to most of the other hubs in Northwest Arkansas in about 15 minutes. For example, if you want to go to Fayetteville to check out a Razorback game, boom, 15 minutes, and you’re there. Want to go to a concert at the AMP in Roger? Boom, 15 minutes and you’re there from Springdale. Want to go play on the lake? Boom, Beaver Lake goes down into Springdale, so you don’t have to travel very far to go to the lake. Want to go gamble at a casino? Boom, about 30 minutes and you’re in Siloam Springs losing your money. Wherever you want to go, it’s not far.

Lastly, a pro of living in Springdale is the diversity of the residents. Springdale is more of an industrial, blue-collar town than the other cities in Northwest Arkansas, and there are many different cultures of people who work and live here. Naturally, with many different cultures blending in one town, there are many different types of authentic restaurants and shops for the people of Northwest Arkansas to enjoy. Some of the best authentic Mexican restaurants in the state are located in Springdale.

The Cons Of Living In Springdale

The next con of living in Springdale is the amount of signage everywhere. When you drive through Springdale, you see signs for businesses all over the place. It’s like Times Square out there in Springdale. And when you’re driving down 412 or Thompson Avenue, you’re going to see signs all over the place. It’s way worse than it is in any other city, and a lot of people complain around here about Springdale being less aesthetically pleasing to drive through because of all the amount of signage.

Another con of living in Springdale is that it can sometimes smell pretty bad. This is because of all the industrial jobs and processing plants for Tyson Foods. It’s not something that you’ll smell all of the time, but that was a common thing that was brought up when I was polling people about what they didn’t like about Springdale. Just a heads up—you may notice it sometimes.

Is Springdale Right For You?

I hope this gave you some insight into whether or not moving to Springdale is right for you. If you have any questions about Springdale, please feel free to reach out and ask. I’ll be happy to help you in any way I can!